Mmmm waffles. I could waffle on about them all day.. but we all know they’re good. A breakfast classic which has endless styling opportunities. I worked with Ceres Organics to make the most delicious gluten-free, dairy-free blueberry and lemon waffles and this was the result; topped with nana nice-cream and blueberry chia seed jam, you’re going to enjoy every mouthful of these.

Now making gluten-free waffles isn’t easy.. gluten is that magical substance in flour that makes everything sticky – at first I used 100% coconut flour but the waffles were much too sad and soft. So I decided they needed a bit more oomph and combined the coconut flour with almond meal – the end waffle has a lovely nutty texture that is still light. For a denser waffle, I suggest using 100% almond meal or even experiment using buckwheat flour.

At first I didn’t like how I styled the waffles with the purple flowers so I reshot it with hydrangeas instead. Then when I was looking at the photos I thought actually I do really like it both ways.

On the first batch of waffles the banana ice-cream and chia jam is piled high and mountainous. The second lot has more of a flat landscape – I purposely over blended the banana ice-cream to be runny and goopy and spread out the chia on top of it. Additionally I used some freeze dried plum powder from Fresh As to give it a bit of dimension. Either way works for me :D. In both, fresh blueberries are a nice contrast to the blended ones in the chia jam.

I thought I would mention, I got new Country Road Augie bedding in the Spend and Save.. sooo… of course I had to make and eat waffles in bed. It would be rude not too. I am a sucker for a bold stripe and this cotton/linen blend is dreamy to sleep in. Works back nicely with my Endemic Makus Art Geometric Deer Print and succulents. We found the pretty cups, Victorian-esque plates and enamel vase at Leopold Hall which adds a few softer edges to the room. I know it’s a bit odd to plant a succulent in a peanut butter jar.. but I reeeeeally like the type on it.. so it stays ^__^. 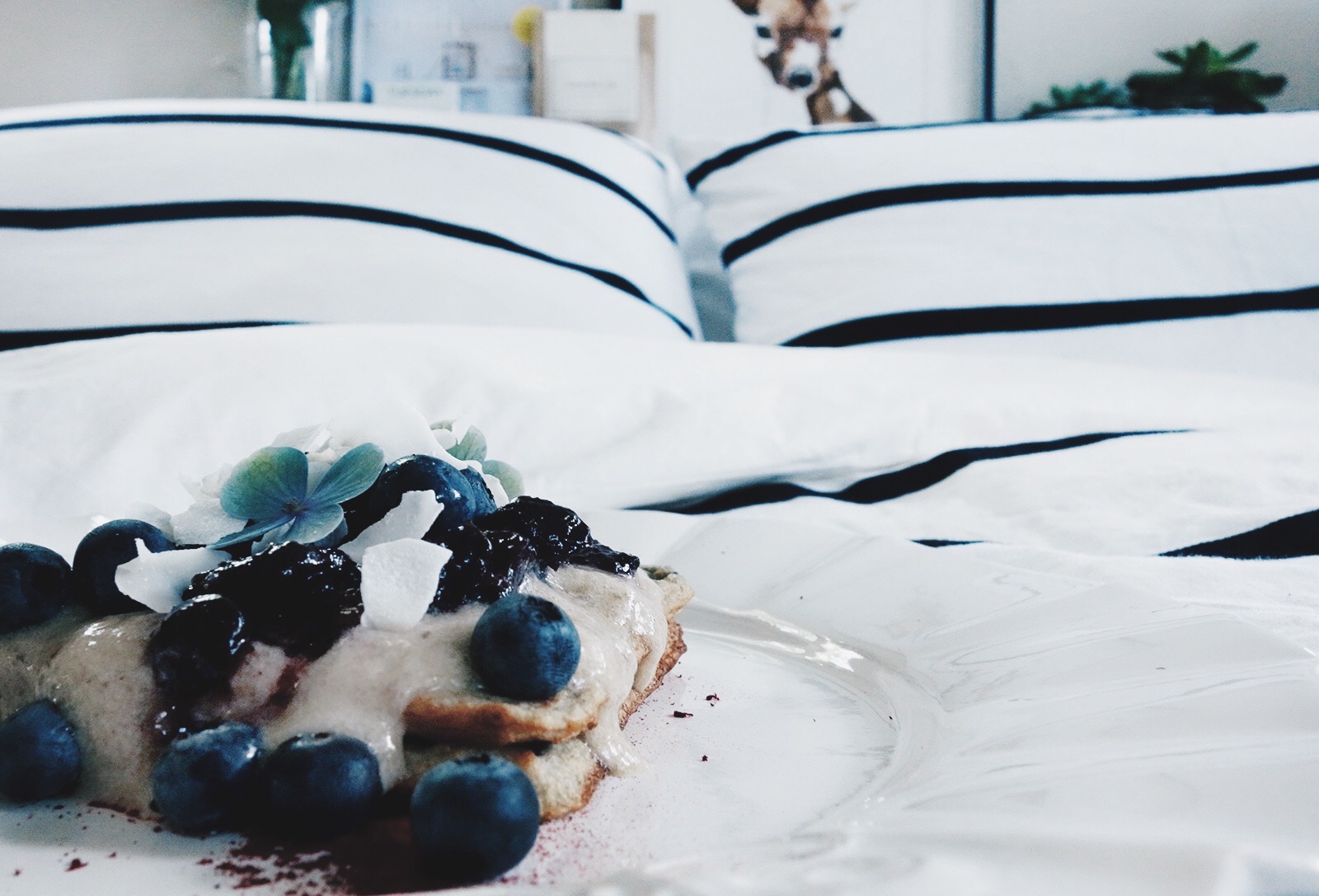 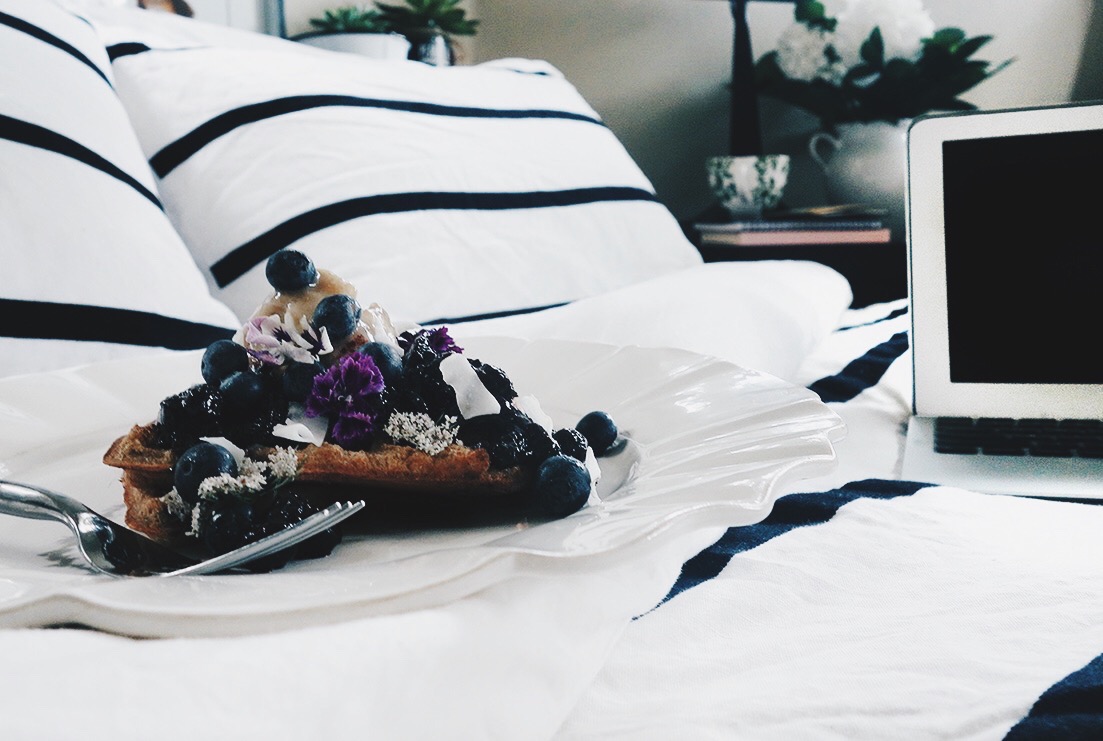 save print
PREP TIME
10 mins
COOK TIME
10 mins
TOTAL TIME
20 mins
Mmmm waffles. I could waffle on about them all day.. but we all know they're good. A breakfast classic which has endless styling opportunities. I worked with Ceres Organics to make the most delicious gluten-free, dairy-free blueberry and lemon waffles and this was the result; topped with nana nice-cream and blueberry chia seed jam, you're going to enjoy every mouthful of these without any of the bodies!
Author: Catalina Miguel
Eat for: Breakfast, Brunch
Cuisine: Clean Eating
Serves: 8 waffles
INGREDIENTS:
INSTRUCTIONS:
3.5.3208 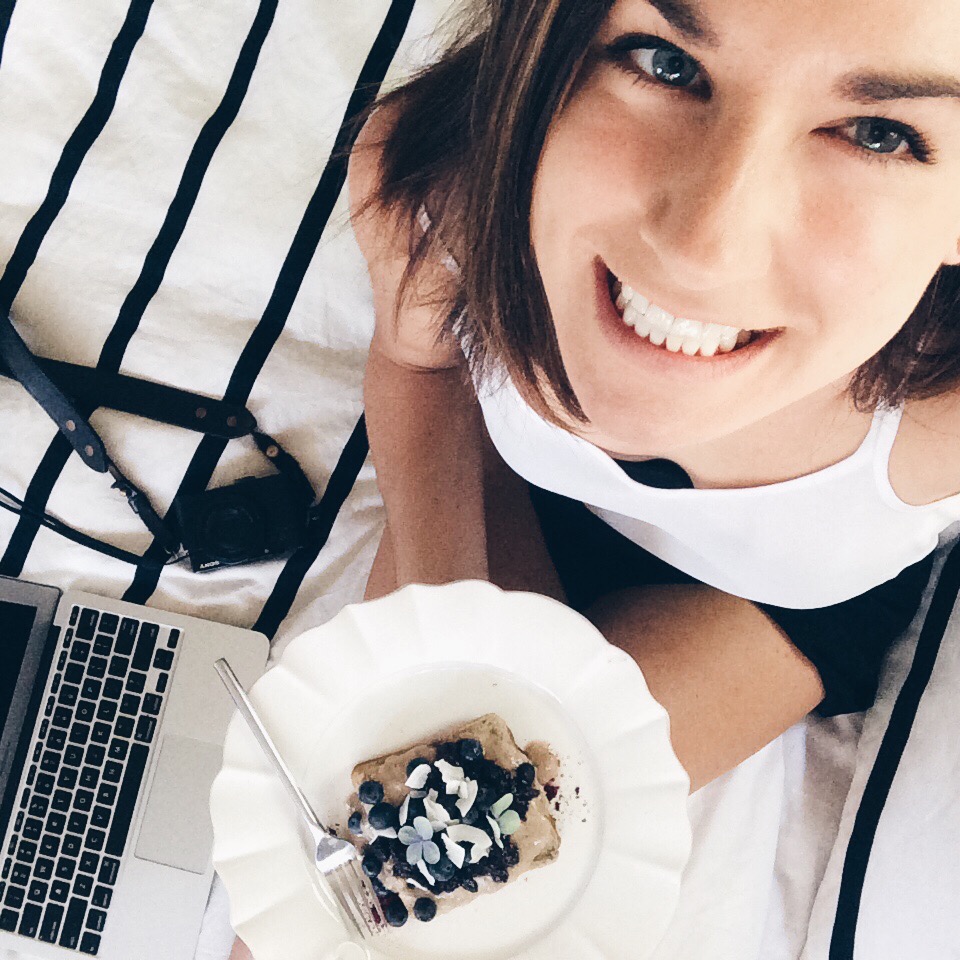