Elise Sterback is a woman with fingers in many pies – she has made a career of doing it differently and is loving the outcome. She shares with us her latest venture, ‘Mother Fucker with the Hat”, tells us why collaboration is the key to diverse and meaningful work, as well as invites you to join her in India for her next Vibracamp.

What did you study and what was your original intended career path?
Politics and I wanted to be a policy analyst. 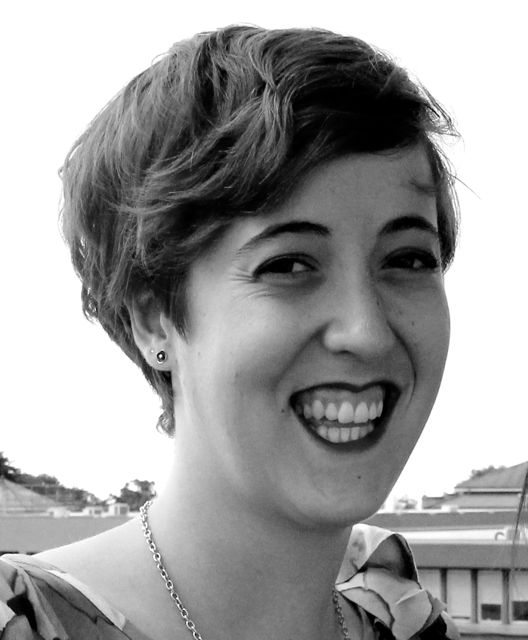 Give us a brief background on your career to date:
I worked as a freelancer for five years after I left uni, did some policy work with Council and a private consultancy, then carried out a volunteer research project for an arts advocacy organisation (which I was also on the board of). The founder of The Basement Theatre was also on this board and invited me to join the management team of the theatre where I now work as a Community Manager. I was excited by that opportunity as it has been a chance to integrate myself into a creative industry and learn about the arts in practice rather than at the previous theoretical level I’d been working at. This year I’m taking over the general management of The Basement with two others, and I’m continuing my arts advocacy work too, while also trying my hand at producing theatre.

When did you decide to start your own production company?
Vibracorp Productions grew out of my events/art happenings company Vibracorp that I started in 2011. I founded Vibracorp after I held a mini New Years festival called Vibracamp, that was such a success that I needed to find a way to continue what I’d started without repeating the festival again (I had sworn that it was going to be a one time experience).

[pullquote width=”300″ float=”right”]when I read the script – I cleared my schedule[/pullquote]Tell us how you got to produce Mother Fucker with the Hat and what outcomes it has had?
Calum Gittins who plays the lead Jackie, approached me to produce Motherfucker earlier this year – it was a tight timeline but I was really excited about the title first off, and when I read the script – I cleared my schedule. I was excited to have the chance to take the reigns on a theatre production for the first time (I co-produced Abigail’s Party last year, but the director and lead actress in that already had a strong vision for the show when I came on board). I saw it as a chance to establish myself in the industry as an up and coming producer – and to bring some of the super talented people I had worked on previous Vibracorp stuff with into theatre for the first time too. I think the show has definitely helped them, as well as some newcomers in the cast, like Saraid Cameron get noticed in a big way. 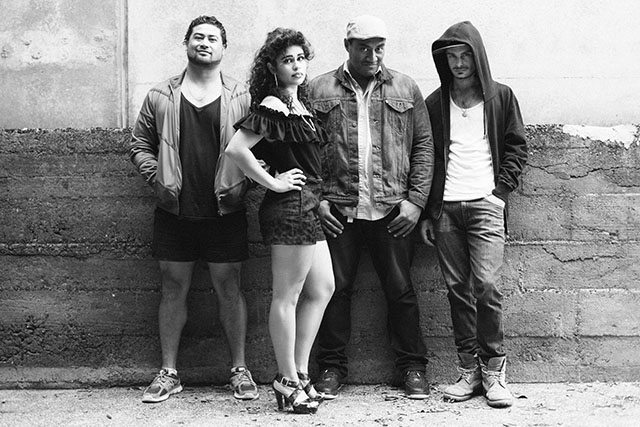 You at one point had 4 different jobs as well as you own side project, you’re like Elise pie fingers with fingers in all the pies, how do you juggle it all and why so many avenues?
I’ve always felt that having a diverse career “portfolio” helps feed into itself, so that you’re weaving a network through all the different types of jobs you do, and bridging gaps that exist between different sectors by working across them. Also, I just wouldn’t feel satisfied sticking to one thing; I need to change it up constantly! How do I do it… um I’m constantly asking the people that I admire that same question – I guess it’s watching those people that inspires me to keep pushing the standard of my own work, people like Charlie McDermott (The Basement founder) and Elisabeth Vaneveld (Founder of The Big Idea). That, and realising you need way less sleep than you think you do!

What are some of the unexpected results of having your own business?
Tax. I hate tax.

What advice would you give to someone starting a creative agency of their own?
Know your purpose. If you don’t know why you’re doing what your doing, and where you fit in the wider ecology you will get lost fast, and people won’t understand you. Set a clear vision, champion it, and you’ll find everyone jumping to get on board.

What would you say to your 21 year old self?
This party will be the beginning of your fun-making career, keep it up!

Where do you get your inspiration?
From drunken conversations.

What person dead or alive would you invite to a dinner party and why?
Louis CK, just for the lols.

What’s next for Elise Sterback?
I’m stepping into the GM shows at The Basement next month, about to start doing some strategic work for Auckland Fringe Festival and a new national theatre month, plus I’m planning VibraIndia – a redo of Vibracamp but in India, bringing a whole bunch of NZ musicians over to some kind of mansion on the coast near Goa – all welcome!

[line] There is only 2 more days to see Mother Fucker in a Hat, details can be found here.
To keep in the know with Vibracorp, visit the website or Facebook.