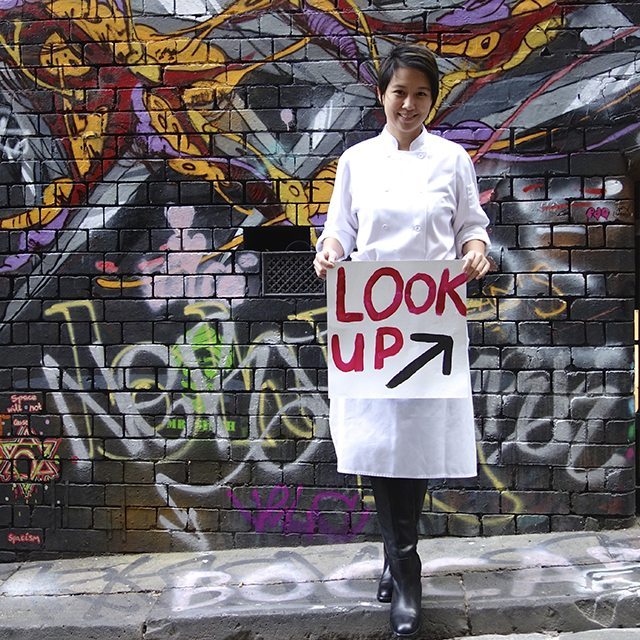 Christy Tania is an opportunist. Even as we shot this feature image, she took advantage of a discarded “look up” sign abandoned on the ground. The sign in a way embodies her whole attitude towards life, to never give up, so the opportunity of finding the sign as well as the words written on it was like a metaphoric symbolic gesture of everything Christy. Being only 28 and female in a male dominated industry hasn’t always been easy, however, in the little time she has spent in the industry she has already made it to Head Chef of Om Nom, the dessert focused restaurant located in the Adelphi Hotel on Flinders Lane. She has worked in places most chefs would only dream about including the Ritz, Vue De Monde, Jacques Raymond and Saké. Taking a rare break, Christy tells us how only 5 years ago, she was on a completely different career path, her keys to success and how she still problem solves using her consulting background in her life still to this day.

Previously you were a project manager at IBM, what did you study and what was your original career path?
I have a BA – Bachelor of Business Administration. I think that I was drawn to that career because when I first graduated, I knew that I wanted to be a problem solver, and that’s what consultants do. I got the job at IBM because I specialised in business studies, business transformation and change management. Interacting with people and seeing their real life problems, then trying to address that was what I thought was my way up. I just knew wanted to be a problem solver, I think it’s ingrained, if there is a problem that doesn’t get resolved, I can’t get no sleep. 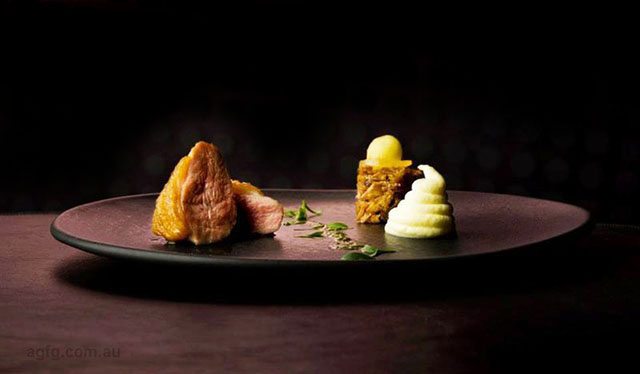 Was training at L’Ecole Nationale Superieure de la Patisserie tough change for you given your consulting background?
No, the good thing about French people is that in French society, the opportunity is always there, it just depends on what you want to do with it. For example, in my cohort, there were only about 19 people. Only two or three of us are still in the industry. At the end of the day, the hardest part is not to get into the institution; the hardest part is to stay in the business.

What would you say makes you different to the others who didn’t make it?
The industry is hard. The industry is tough. I keep telling people that you start out of passion, but you stay because you’re stubborn. You have to sacrifice a lot to be in the industry. Ask any other chef; they will say the same thing. You sacrifice your relationships, you sacrifice your life, your sanity, your time, everything. So there are a lot of things you’ve got to consider if you want to come into this business. A lot of people get into the business and don’t want to do that. So I think its perseverance.

So is there a hump that you kind of need to get over and then it gets easier from there?
No, it is never easier. It never gets easier. You just get used to it. Even right now, I still struggle. It’s never going to get easier, its going to get harder and harder.
[pullquote width=”600″ float=”left”]Being unique works for me because I stand out. In consulting language, that is my unique selling proposition.[/pullquote] Being only 28 and already a head chef, in a male dominated industry you are obviously unique. How do you find that uniqueness works for/against you?
[left]It works both ways. Being unique works for me because I stand out. In consulting language, that is my unique selling proposition. It gives hope and it gives a message to the people, to the females outside that yes you can do it. If you preserve, you can do it. It’s hard in sense that it’s a double sword for me. People think that because I am young that I don’t know what I am doing. You need to constantly prove yourself,[/left] [right]not just to the industry but to myself as well. Sometimes I’ll take a step back and think, what am I doing? Being female of course, we are a lot more emotional, there is a lot more things happening in our lives compared to guys who are able to put that aside. They are able to go to work regardless of what happened to them. Sometimes I need to put my female side aside to do that, which can be a challenge.[/right]

I invest in people. I have never fired anyone. I tell them over and over, that if they’re not performing well, that is my fault as a manager. I tell them that I will not give up on them, unless they give up on me. 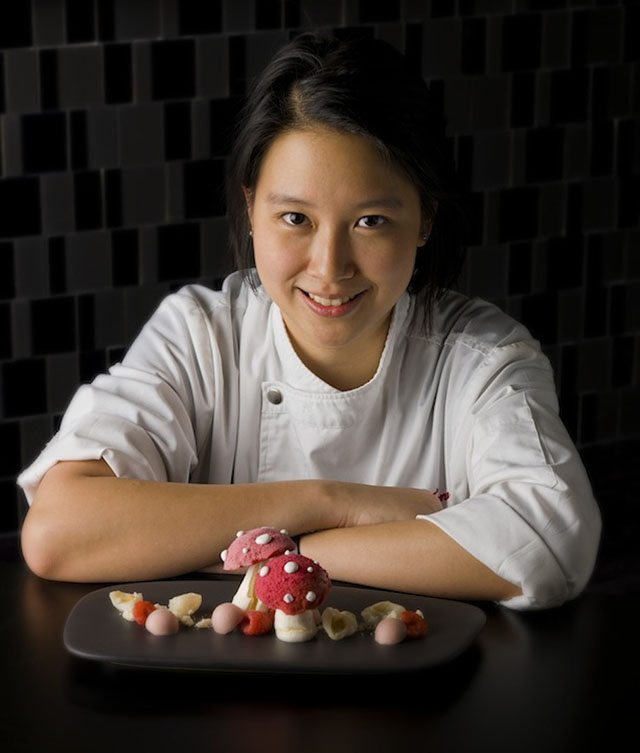 Has this new freedom helped you develop as a chef?
[left]Like they say, with great power comes great responsibility. I think it’s really true. You need to take on board everything. For example, just because I want to do A, doesn’t mean I can just do A. you still have to look at the market, what’s good, what’s in season. It helps me grow as a chef, but it doesn’t mean that I grow as a chef just because I’m head chef. Chefs go through a process. So I keep telling people that if they come out of chefs’ school and they want to be[/left] [right]Chef de Partie, that it’s a process. You need to learn, to climb your way up from the bottom to the top. I wouldn’t be here today if I didn’t learn all I did from The Ritz, from Jacques or from Saké. It’s just something you can’t skip. So does it give me freedom? Does it give me power? Yeah of course, but it took me 4 years – which is relatively fast. It’s very quick for a head chef. But that’s what I call strategy positioning.[/right] [pullquote width=”250″ float=”left”]Always look for opportunity, always place yourself as the product, as a brand and think how do you want to sell it. That’s the same everywhere, in every industry. Further, how fast you want to learn, depends on you.[/pullquote]

So what is your strategy?
Always look for opportunity, always place yourself as the product, as a brand and think how do you want to sell it. That’s the same everywhere, in every industry. Further, how fast you want to learn, depends on you. Some people take 8 or 9 years in the industry to achieve a Head Chef position. Although it’s a process that you need to learn, how fast or how long the process takes is in your control.

MACKELVIE STREET FOR THE WIN

I feel that the IBM days were a core foundation for your journey, and apart of your path to where you have ended up today – would you agree?
Yes – never regret anything. At the end of the day, go back to who you are and utilise what you have. 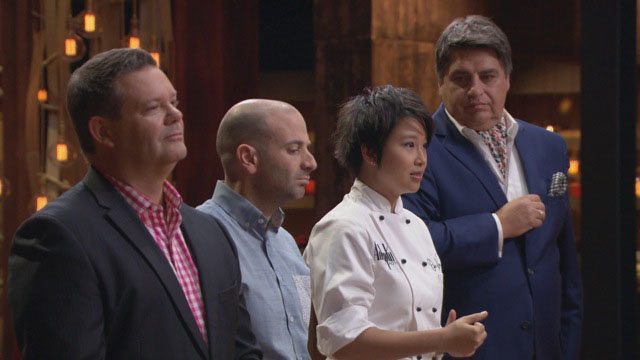 So what about master chef, what was it like running a challenge for you?
It was exciting; it was something that was kind of cool too. To be connected to other chefs like me was a good experience. Of course it brings impacts to life, the restaurant’s life and everything. And it was like my 15 minutes of fame. I think that I was a good fit because I am like them. I wasn’t originally a chef – that wasn’t my first trade. They can relate to me. And the contestants were nice – really nice!

What would you say to your 21-year-old self?
You never know where you’ll end up. So just keep going.

What 3 people dead of alive would you like to cook dinner for?
Michael Jackson, because who doesn’t want to have the King of Pop at your house? I would make him something whacky, something crazy. Something he can sing a song about. Secondly I would have Nelson Mandela, because he has this power of forgiveness, humility and perseverance that is almost super human which I would like to learn from him. Thirdly, Marilyn Monroe, because of the confidence she has as a woman and how different she is as a woman. Those are all the types of people I would like to have at home and would like to learn from. Someone who is confident, someone who is humble and someone who is creative.
[line] Om Noms is located at 187 Flinders Lane, Melbourne VIC 3000.
Visit the website or call (03) 8080 8888 to make a booking.

Mandy Banh, Founder Mumma B and Me