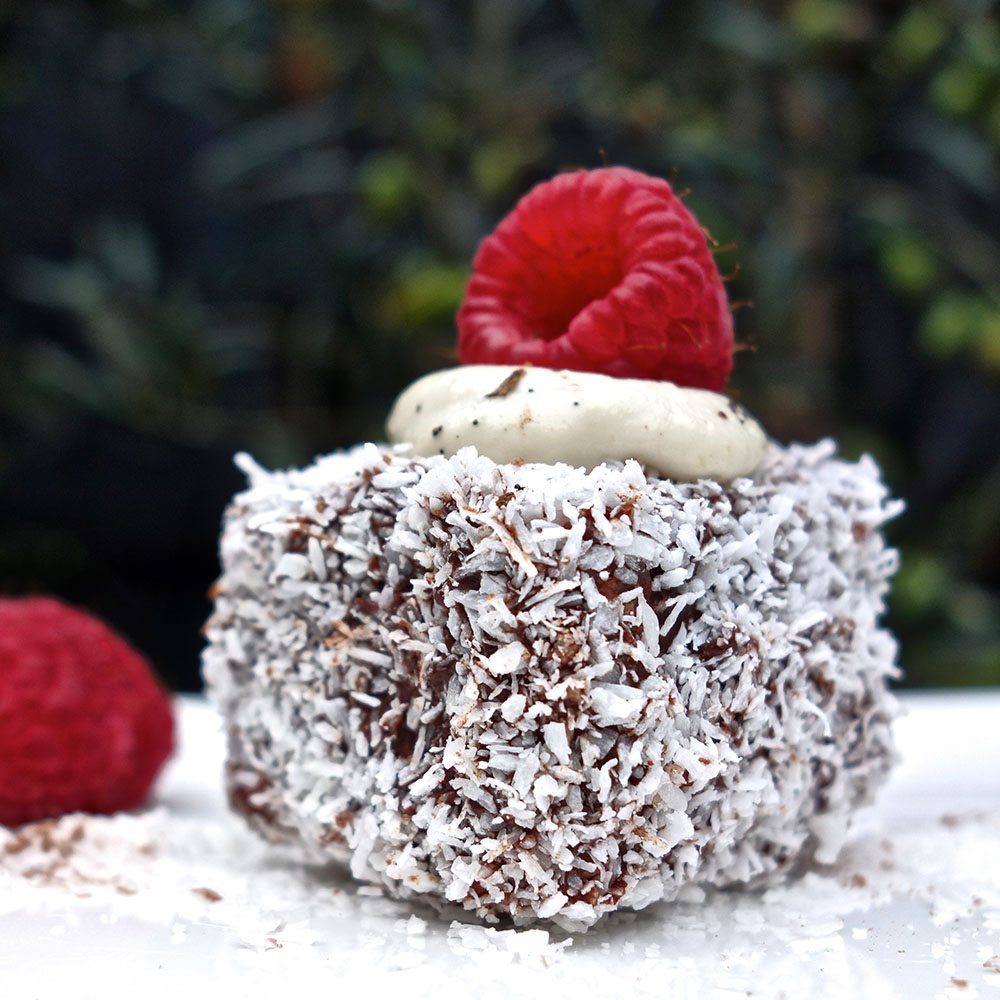 This recipe came about on Australia day – lamingtons are obviously an Australian staple and favourite for such occasions. My friend Dean has sever celiacs disease. It’s so bad that one crumb of gluten can put him in bed for days. So when he and his wife Katie invited us all over for Australian day, I thought it would be both un-Australian and a shame not to include lamingtons.  Glamingtons were born.

Fast forward many months later, my partner and I have just come back from a week long trip back home to New Zealand. Our good friend and neighbour Emily came over every day to not only feed, but keep my kittens company. Kittens are very emotional creatures and need people to sit and watch Master Chef with them. It would be neglectful not to.

Because she is also one of the most glamorous people I know, I thought Glamingtons would be a fitting way to thank her. Similar to Dean, she is fructose intolerant. This means she can not eat a lot of raw baking due to the dried fruit, agave or honey contents without terrible stomach pains. Thankfully, this recipe can be both Emily and Dean friendly!

Made from almonds, coconut, maple syrup, cacao, cashews and raspberries, this treat is sweet but high in beneficial antioxidants and nutrients. Almonds are fantastic for the skin due to their monounsaturated fats. Cacao is chocolate in its rawest form which means its nutrients haven’t been destroyed by the heating process. Obviously they’re named because they’re so healthy that when you eat them, you become much more glamorous!

Being raw, they are much easier to make than traditional lamingtons – no need to worry about making a fluffy sponge, you can not mess this up!

To serve:
1 punnet fresh raspberries
Ground vanilla (either in powder form or in a grinder)

Any left over raw chocolate ganache can be spooned into silicon ice trays. Once set, carefully turn them out and top with shredded coconut for a easy homemade chocolate. 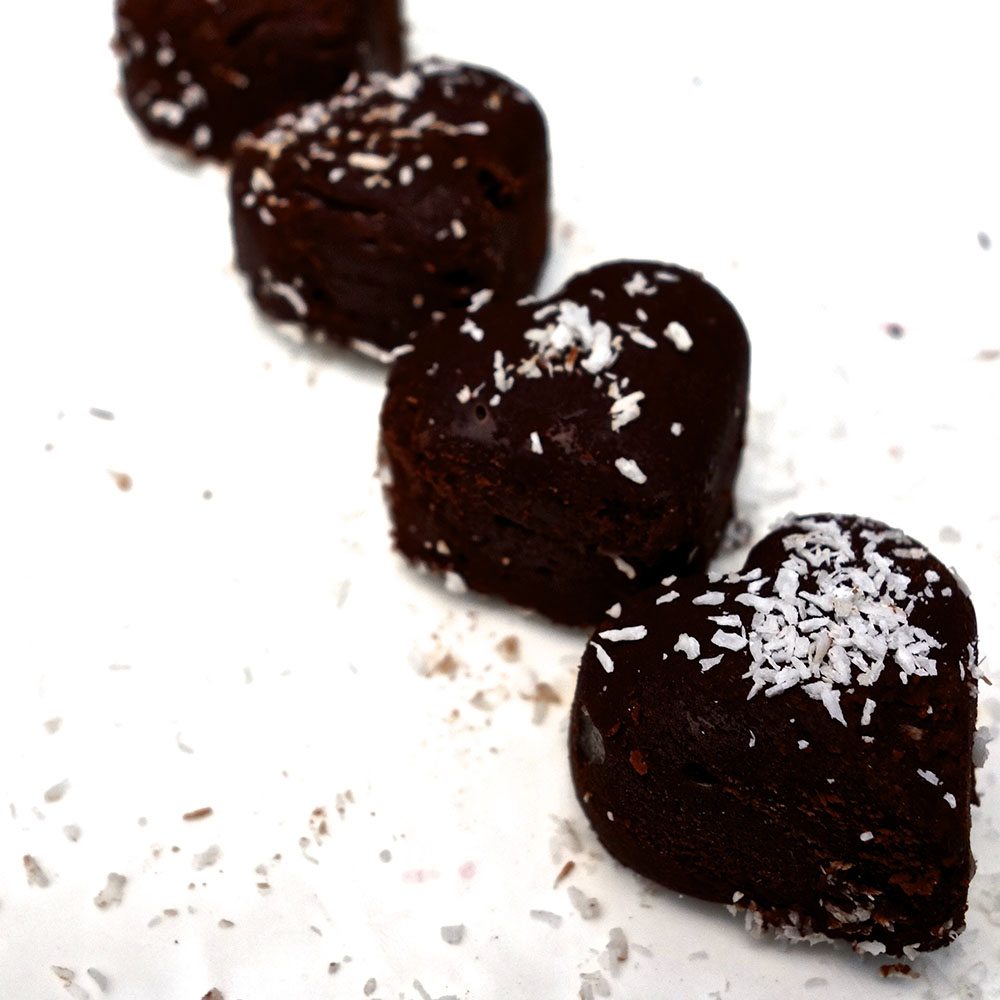