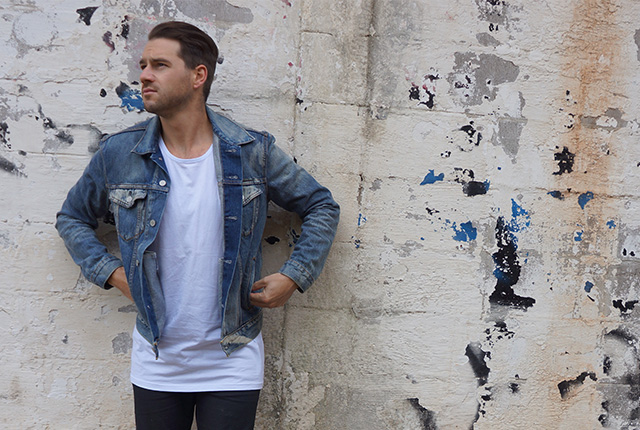 Relationships rely on two very important things. Chemistry and timing. Often the first is present, but the later tends to go out and not come back from lunch. Timing can really screw things up, but of course as we all know life doesn’t plan itself around you. That’s just plain silly. Silly like the moment you meet a girl when you hadn’t really planned for it. Let me fill you in.

I’ve had a dream for some time now to move to London. Yeah nothing too original about that one, but it stood for more than just packing up some boxes and trying a new city, it was something that I felt deep down I had to do. I needed a change in scene and to be honest there was an element of wanting to escape the little boundaries of New Zealand to allow me to start something fresh in a place full of unknowns. Then you meet someone who wasn’t on the packing list.

Her and I had only met and started to converse a couple of weeks before I embarked on my Europe adventure (not the move, just the visit). Throughout the month away we kept in touch and it felt good, easy and comfortable. On my return, we were keen to see how much chemistry we had and we spent a lot of time together and then naturally we began dating. It was bliss. We were just being us and enjoying our time getting to know one another, it was simple. Early on I knew I had to disclose the fact my intentions to move to the UK weren’t just a passing moment, it was for real. The news wasn’t a deal breaker in the beginning but after some time it became the big elephant in the room, the beginning of the end really. I guess I’d hoped it would be one of those, ‘lets just see how the relationship goes’ scenarios, but that’s not very likely when emotions are part of the game and the goal is to defend them.

The big move to the motherland kept coming up and it was the spark to many fiery arguments. Now this is where I’ve got to put my hand up, I’m to blame quite a bit here. Looking back I don’t think she was asking too much from me. She didn’t give me an ultimatum, it was purely that she wanted to feel like she was included in my decision making or at the very least that I openly discussed it with her. Not at all an unfair request while being in a relationship with someone. Being only a few months down the track of being together, I felt like this relationship could be a potential threat to the big dream and I had failed to see then and there that she was being reasonable and never wanted to stop me from going, but wanted to be an important part of my life and that there might be a chance, if it was right for her and me, that she would come too.

[line] [pullquote width=”600″ float=”left”]The dream never included taking a girlfriend and to be honest I think at that point in my life I was being selfish.[/pullquote] [line]

That’s about where I freaked. The dream never included taking a girlfriend and to be honest I think at that point in my life I was being selfish. I needed to be selfish. This isn’t necessarily a bad thing, we all have those moments where we do what’s best for us. And at this very point in time my actions were based around me protecting my plans and keeping an arms distance between her and I so I didn’t get too attached.

I recall she emailed me one day to ask when I was thinking about potentially moving and elusively I responded with early June as if I hadn’t quite cemented it in my mind. Fact is, early that week I had already booked a one way ticket. She quickly revealed to me that she had known this as the flight information popped up on my phone. She tested my honesty and I had failed. I had neglected to include her in my plans, or even bother to talk to her about it and then I did something even worse, I lied. I wasn’t scoring well in the good boyfriend department. It was clear I was planning my dream regardless of where our relationship was. I had a safety net.

Time passed and we kept on dating and trying to make it work. But time was against us. I had put an expiry date on our relationship and it didn’t give our relationship the breathing space and opportunity it needed to flourish. Instead it gave us uncertainty. I was always going, that was certain, what wasn’t was would she want to come with me, or would I even want her to come with. Five months into the relationship I felt like I wasn’t equipped to make the call about inviting her, it was too early to tell for me.

[line] [pullquote width=”600″ float=”left”]The time limit forced too much pressure on our young relationship which should be carefree and full of promise.[/pullquote] [line]

The time limit forced too much pressure on our young relationship which should be carefree and full of promise. I suppose as emotionally driven beings we’re all just tying to navigate our feelings and save ourselves from hurt, it’s a natural defense mechanism. However in order to be potentially hurt you have to put your feelings on the line. It’s risky. But if the person is right, maybe it outweighs any risk. Maybe we should be asking ourselves “is this person right for me?” rather than “what’s the point in allowing myself to feel something when he/she/I am leaving.”

[line] [pullquote width=”600″ float=”left”]The risk for our relationship to cause damage to each other was simply too great. London was my plan and she felt like the time filler girlfriend.[/pullquote] [line]

The risk for our relationship to cause damage to each other was simply too great. London was my plan and she felt like the time filler girlfriend. She wanted to be the priority but that space was already taken. How did I feel? I was feeling the pressure of securing my future, yet balancing the idea if/when/maybe she might be included. I just didn’t know………and it hurt her.

We ended our six month relationship after a mutual agreement that we both weren’t happy. As expected I’ve had so many moments post breakup which I’m sure is a roller coaster ride that we’ve all been on. Maybe what we had wasn’t right, and if it was, maybe everything would have worked out. Maybe what transpired was something that we were meant to experience to grow and learn from. Hopefully both of us have come out of this knowing more about who we are and what we need from a significant other.

[line] [pullquote width=”600″ float=”left”]It’s just me going about life and with that comes a sense of freedom, excitement and also a pinch of loneliness.[/pullquote] [line]

I’m now single. It’s just me going about life and with that comes a sense of freedom, excitement and also a pinch of loneliness. But i’ll take it cause it’s my journey and whatever experience comes my way is ultimately shaping me and showing me what I’m all about. What’s next? Who knows, it’s the little thing called time that ends up revealing it all.

But don’t let that stop you from loving.

How to get over a broken heart: Run Away From Your Problems AKA My Long Ass Trip to Sydney and Back