In The Name Of Health, LIFE FTW

Aaaaah. Winter! Boy how you come around so quickly after all the lol’ing around in Summer.

Although, I wouldn’t be one to go as far as saying I hate winter – I probably don’t even dislike winter – I feel it has its place in terms of bringing a sense of calm and reflection to the year which is a nice contrast to the other fast paced seasons.

However, that said, my skin does struggle in the winter which I am not a fan of. Even though I do all the right things including eating, sleeping, breathing and thinking in positive ways – my skin just isn’t what it is at the office as it is when I am hanging around in the sun and sea. So when the Blendco team wanted me to try their cleanse, I was down.

The cleanse I tried was a one day sampler of their normal 3-5 day cleanse. More of a taste test. Still it gave me one day to give my body a much needed reset and rest from the busy processing it usually does. Also, not having to cook food for the day was a serious bonus. Thanks pals!

As per their website “cleansing is recommended for many illnesses, as it gives the body the rest it needs to recover. Take away the work of digesting food, and allow the system to rid itself of old toxins while facilitating healing”. You can read more about why you might want to consider a cleanse here – it is truly fascinating.

Also, because the Blend babes are such good fellas, if you want to do your own cleanse my lucky followers can get 10% off with the coupon code “theunimpossibles” on blendco.com.au.

Oh, and while you are at it, check out the interview I did with Morgan last year.

So how did I go? Read on and I’ll tell you all about it… 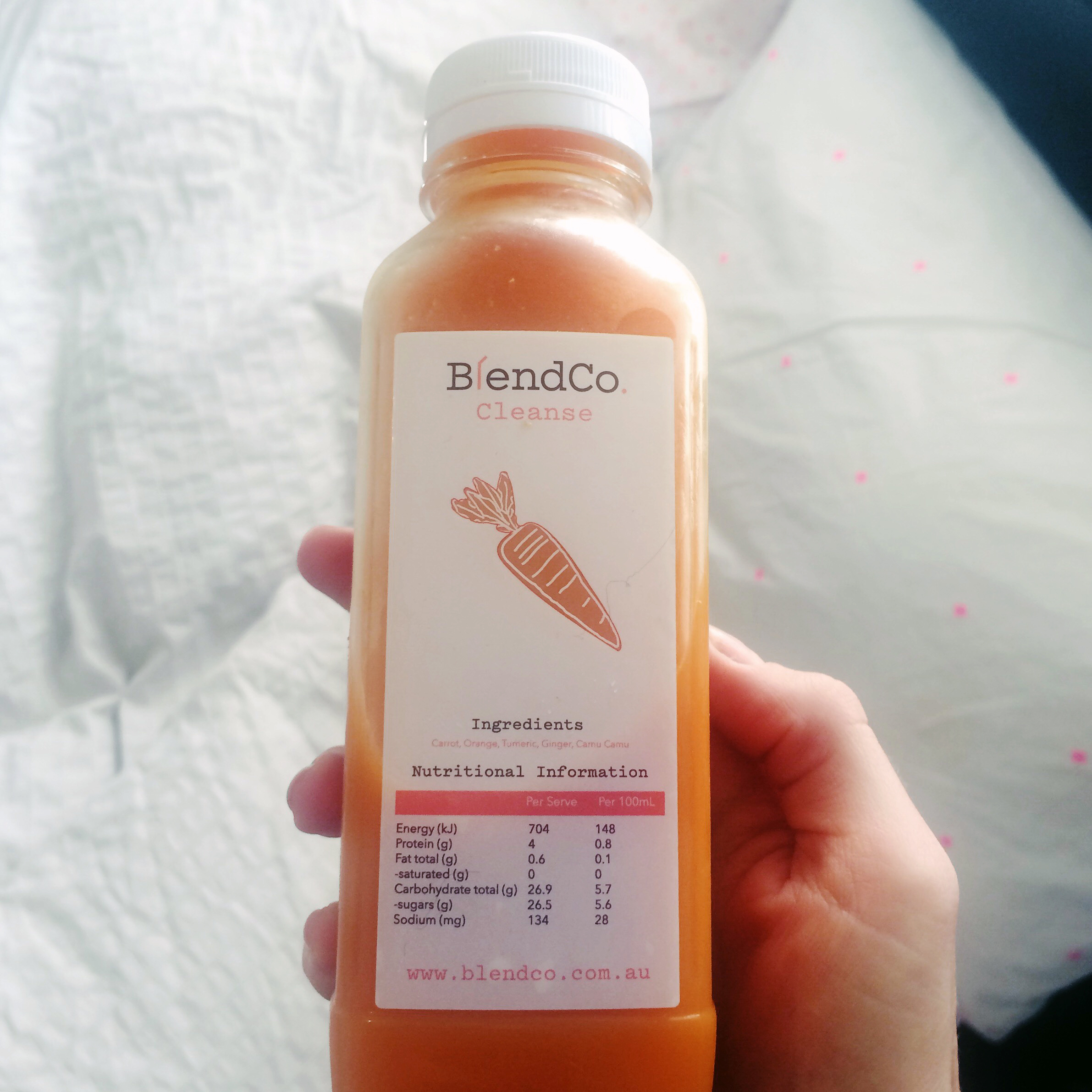 After staying out until 2am loling with my gal pals (still sober don’t worry) I am feeling a bit tired and ready for a clear out and I have a shoot to go to. Perfect day to do a cleanse. 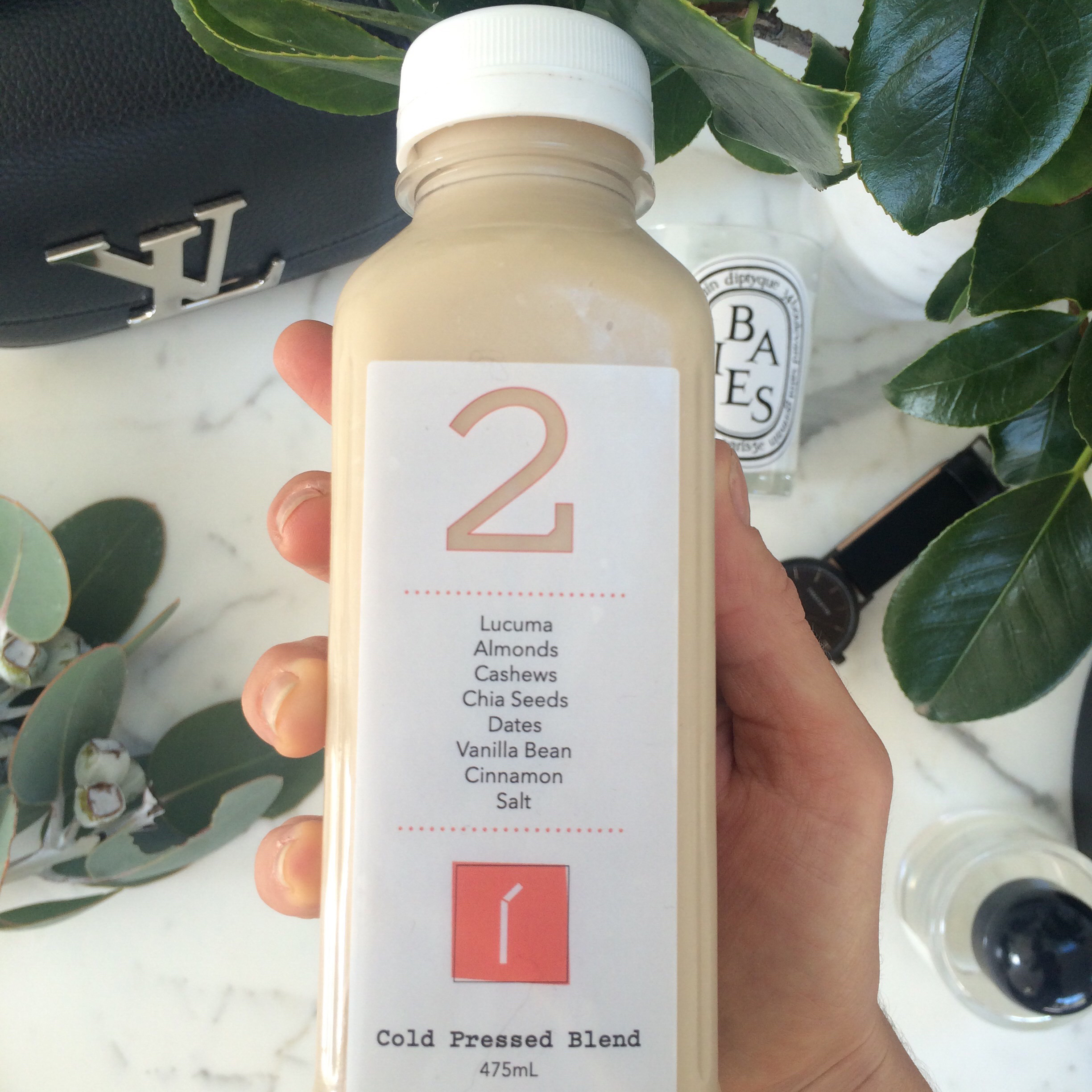 Having my second juice for ze day. Feeling a bit hungry and grumpy but probs more cos I’m struggling the get the shot I want at my photoshoot. Eeeep. I’ll solider on!

This one is tasty almonds, cashew, chia seeds, dates, vanilla bean and cinnamon – more of a spiced almond milk. 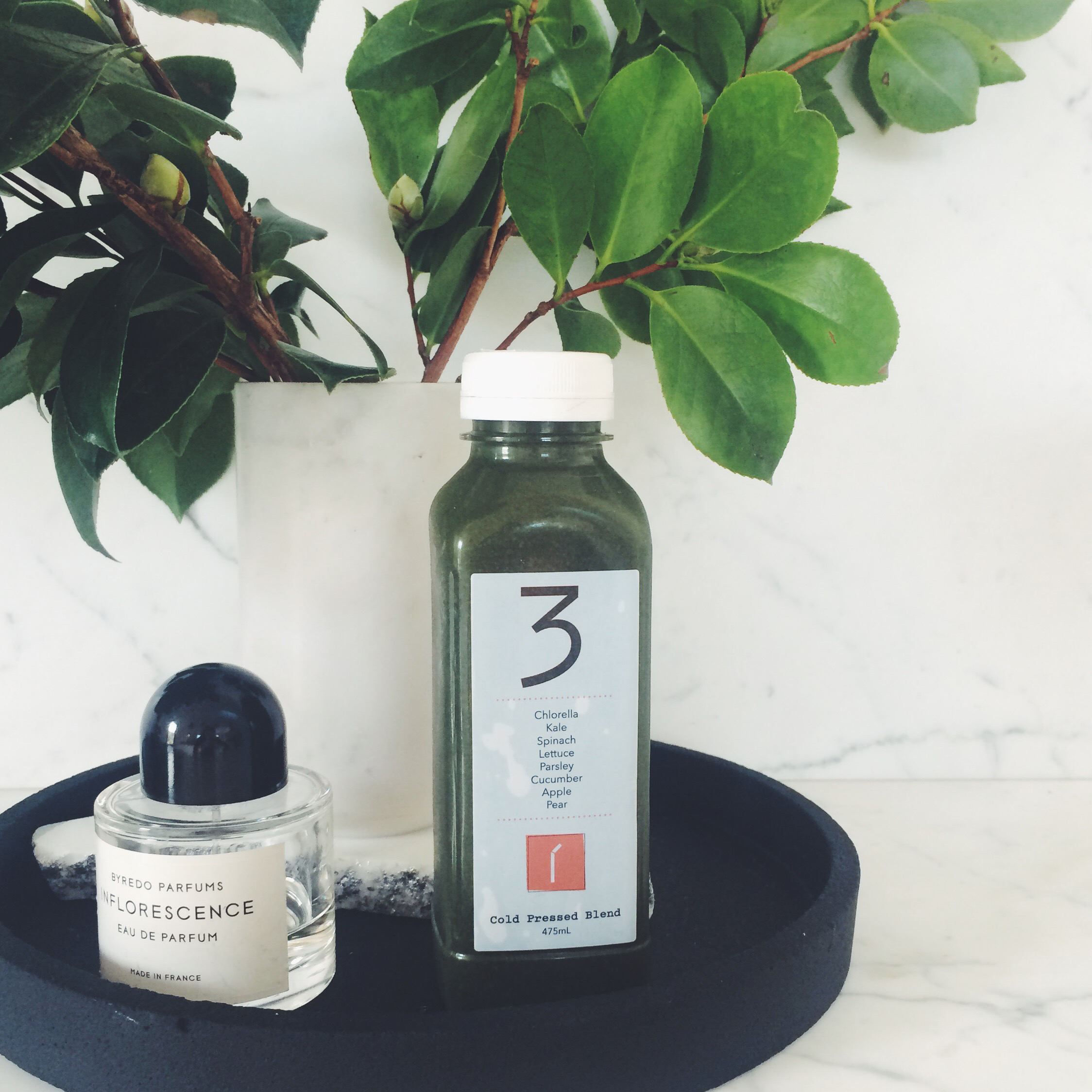 Juice number 3 was actually quite delicious despite its very green appearance! Shoot turned out well however I felt super tired and needed a nap! Had a siesta in the sun of the porch – sometimes you just need to be gentle with yourself!

This one was full of: chlorella, kale, spinach, lettuce, parsley, cucumber, apple & pear. 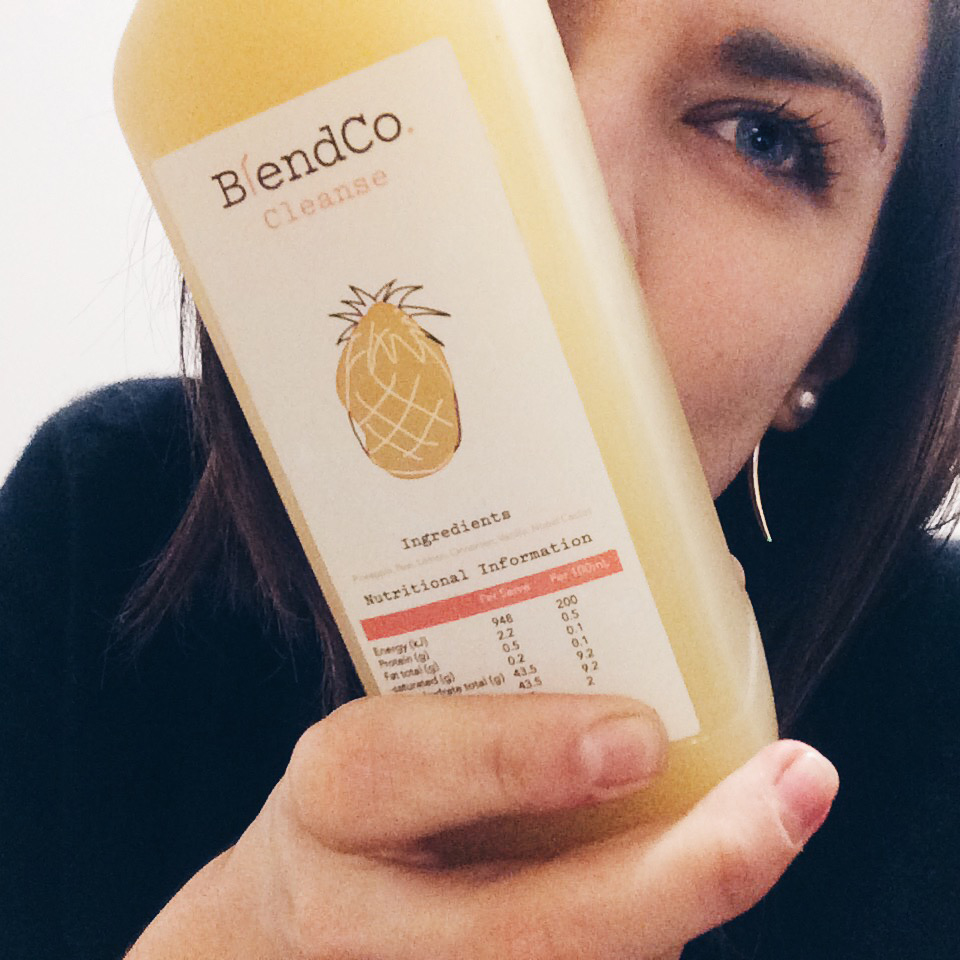 Energy has bounced back and not feeling too shabby :D which is good because I have a lot of work to do! This one was super sweet which was good for satisfying my sweet teeth! ^__^

This one was made of some cray ingredients including: Nopal cactus, pineapple, pear, cinnamon, vanilla & lemon. 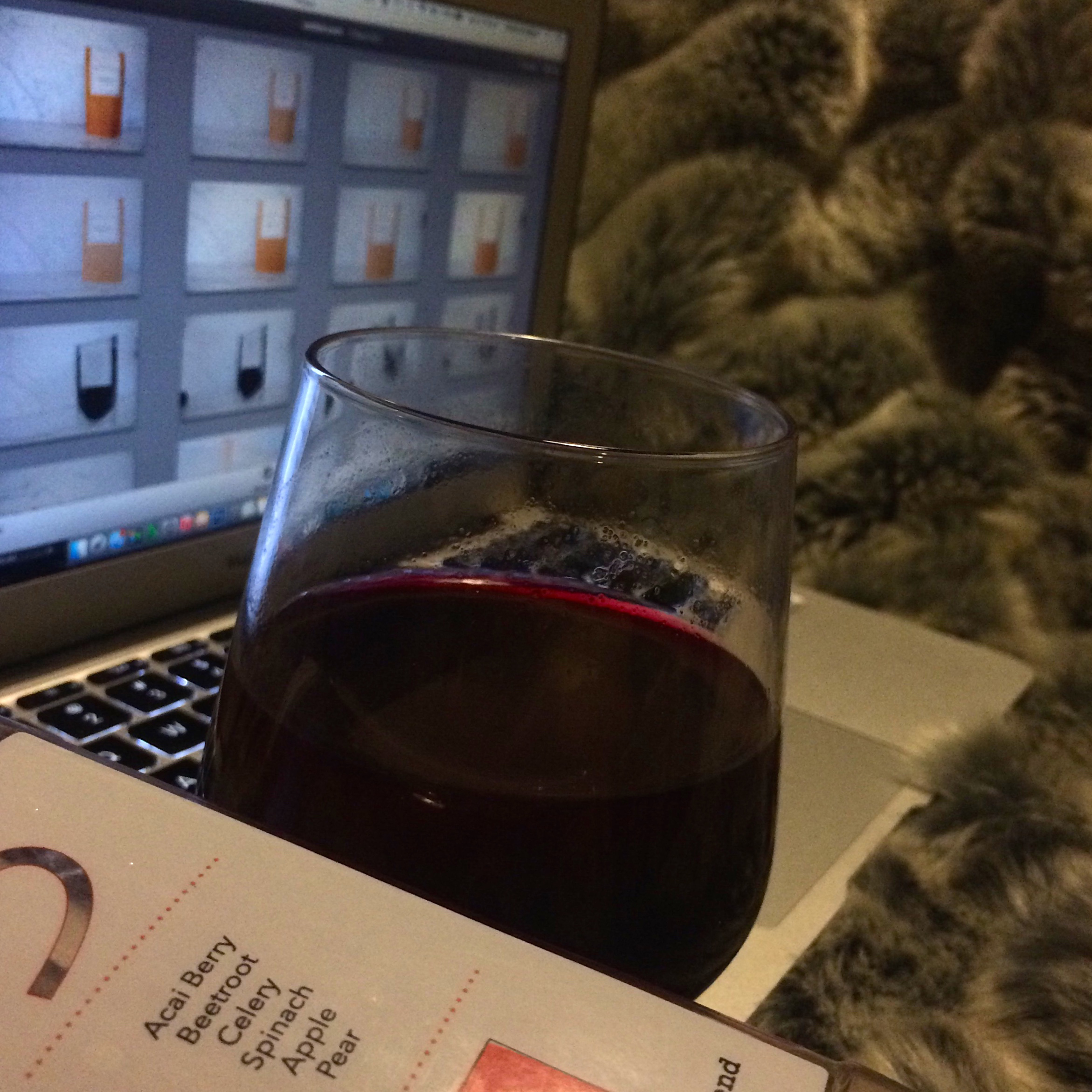 So I like beetroot… Like a lot… It’s a lil more serious than casual dating and one of my favourite blends of the day. After everything I felt full of energy and not too hungry.

This one had: açai berry, beetroot, celery, spinach, apple & pear it was a nice sweet blend for mid evening. 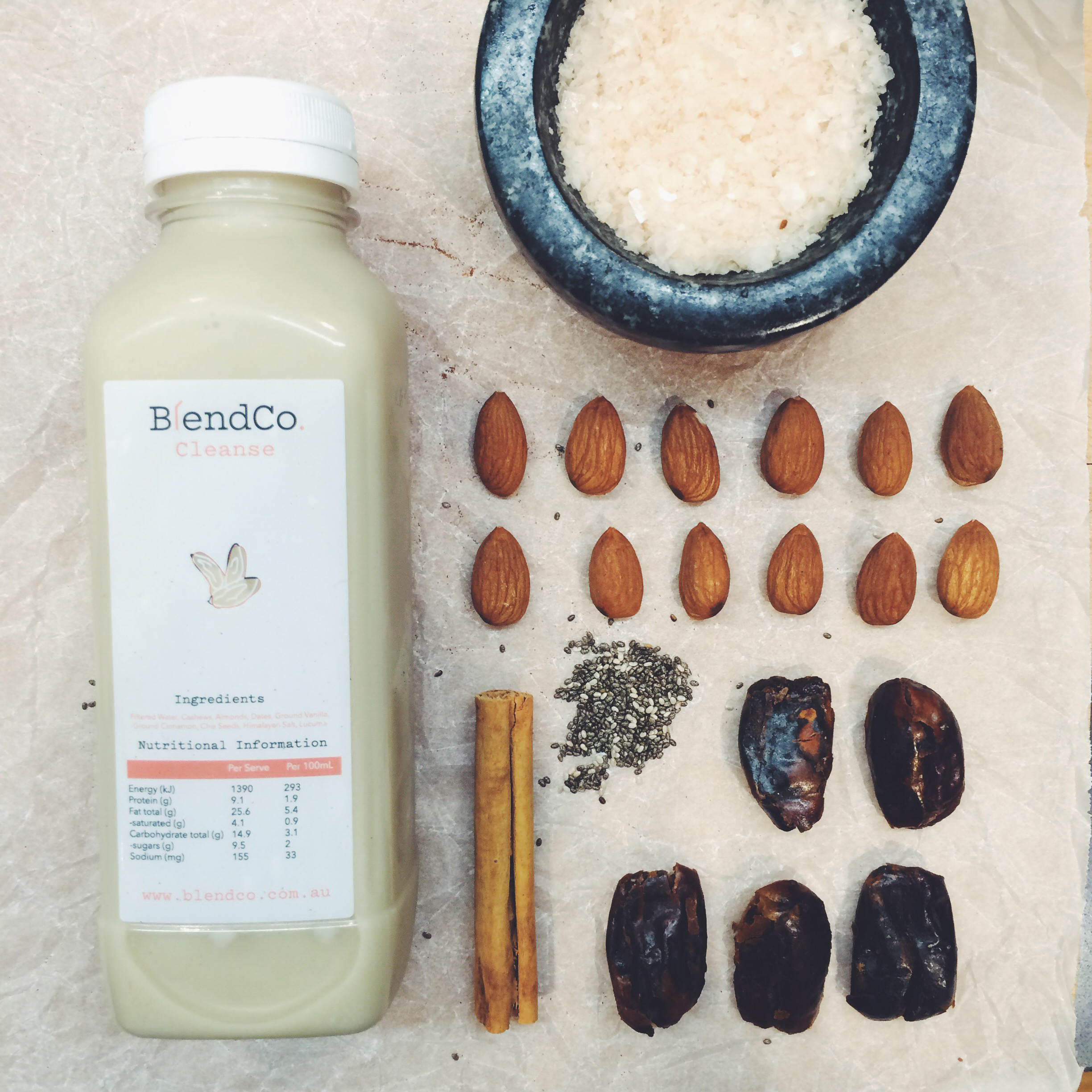 Last blend for the day – feeling pretty good but I may have accidentally consumed a whole almond when I was shooting this. Ops, does that still count?! This one is the same as the second, but that’s ok because the second time around it was just as great.

MY BLEND CLEANSE IN REVIEW!
I felt a bit tired midday but bounced back in the evening and felt really good. All in all I enjoyed doing this cleanse and would be interested in trying a three day one.

It made me really think about how much food is about habit and comfort. E.g wake up in the morning, eat muesli or quinoa porridge. To not have that was a bit weird, but once you let go of that notion, it’s not too bad.

The next day I swear my skin was brighter and I had a very good umm “cleanse” which was great. So I think even one day did some good to kick start everything.